As Director of Artistry for The Makeup Show, The Powder Group and On Makeup Magazine, James is fortunate enough to work with makeup lines and makeup artists at all levels of the industry. Over the years James Vincent’s passion for the art of makeup has included nearly every genre of makeup artistry. Film and theatre, television and celebrity work, editorial and runway work and includes training and product development positions for such companies as MAC, Stila, CNN and Lancome. James is the co-founder of the hip, niche makeup line Pretty Pretty and now focuses his career on working internationally in fashion, film, theater and editorial.

His resume includes clients as diverse as designers Ashton Michael and Ashley Paige and celebrities Gina Gershon, Liv Tyler, Regina Spektor and Jane Fonda. His work has been seen on the cover of Paper and Atomic and in magazines including ID, Index, Paper, and Surface. He has been featured on numerous television shows as a beauty expert such as NBC Universal’s Home Delivery and NBC’s The Today Show. James has also worked in television as key artist for shows including American Idol and on stage for productions including Roundabout Theatre’s “The Philanthropist.” Nylon magazine and WWD have named James as a “makeup artist to watch”. 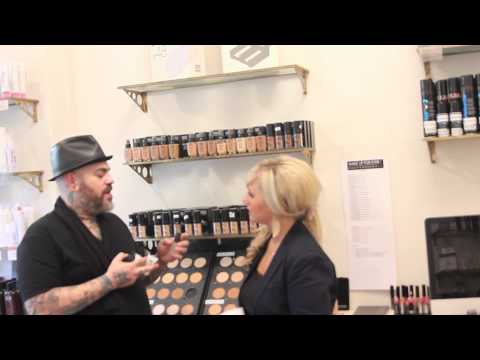